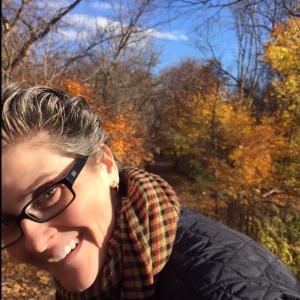 Trinley Dorje is a Toronto based, self-taught mixed media artist whose artworks are visual anthropological explorations of the human experience. Her aim is to strip away societal biases based on exterior level physical traits by removing or altering the skin of the human body which, in turn, allows the viewer of her art to openly negotiate the emotional and gendered meanings of the human body. She hopes her art will encourage discussion around racial, gender, and sexual biases and the importance of equality for all.

Her artwork has been shown in Canada, the United States, Netherlands, Sweden and Ireland. She has been featured on CBC Arts: Exhibitionist TV Series and has been published in magazines, medical journals, online articles and on book covers.

The Birth of Emotions

The Confidence of Fragility

Anything Your Heart Desires

The Bottom of the Food Chain 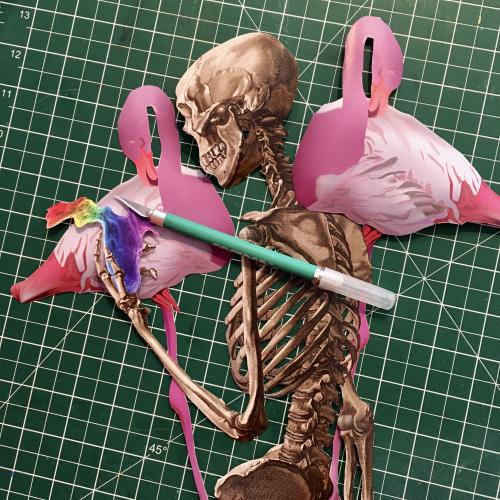 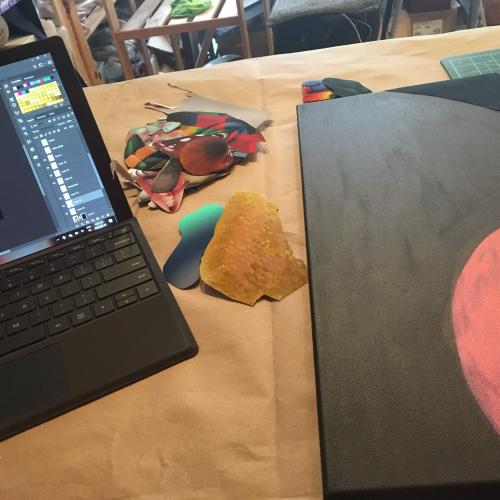 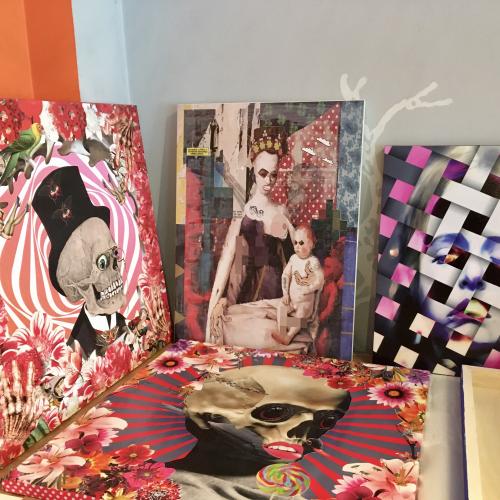 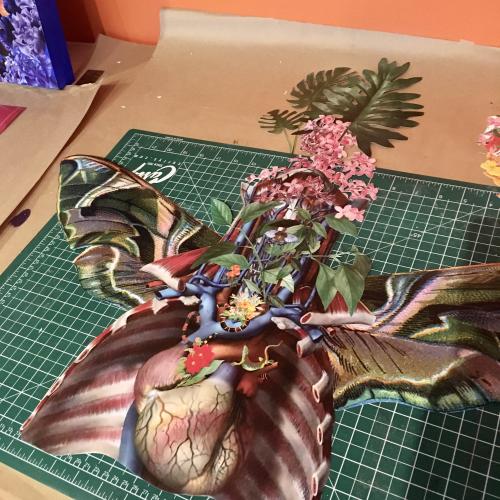 How long have you been creating art?

What do you listen to when you work?

I usually listen to a mix of rock from 1960 through to the grunge days of 1994. There's a little black metal on that playlist as well.

I have so many favourites, but recent ones are: Midsommar, The Favourite and Border.

The Blackcat Artspace
The Salon of Inclusiveness

Touring exhibition, various venues in Ireland
Create: The Art of Pregnancy, Birth & Beyond

Design To Festival at Co: Lab
La Planete Sauvage: Moving Away from Human-Centred Work Beyond Anthropocene

The Blackcat Showroom, Toronto
The Salon of Inclusiveness

Propeller Gallery, Toronto
Out of this World. Art inspired by the science of astronomy, celebrating 150 years of The Royal Astronomical Society of Canada

The Science Gallery, Dublin Ireland
Create: The Art of Pregnancy, Birth & Beyond

Cover Art "Fade to Black" for Doctoral Thesis by Constantinos Ergatoudes
Risk Factors and Predictors of Heart Failure: from Incidence to Prognosis

CBC Arts - Exhibitionists Television Series S04/E08
What happens when the human body isn't the subject of the art — it's the medium?

Probeta Magazine, written by Anne Burke
Tolerance and co-existence begin in the womb

SciArt Digital Magazine
Microcosms of the Earth by Trinley Dorje

"Interstellate: A Stream of Consciousness", Volume 2
Featured Art called Matrix of the Mind

Try-before-you-buy with a 3 month rental. 100% of your rental payments go towards the purchase (interest free). Message the artist directly, and start the conversation.

We make it easy for you to try art with smart payment plans and try-before-you-buy models.

See How It Works

Artwork protection is included on all art rentals up to $5K. Our Customer Care team is always here to help.

1% from every transaction goes towards SKETCH WORKING ARTS.